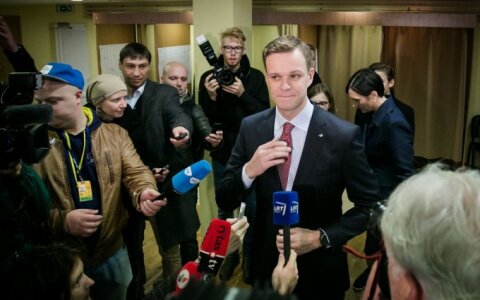 The conservative Homeland Union – Lithuanian Christian Democrats would not join a coalition with dishonest parties, the conservatives' leader Gabrielius Landsbergis said after casting his ballot in Vilnius on Sunday morning.

In his words, conversations were held with various political parties, however, there were no coalition talks yet.

"We speak to everybody all the time, there are various conversations with many parties, however, there have not yet been any negotiations," the conservatives' leader told journa