Skvernelis on poss coalitions: Peasant, Green Union will talk to all 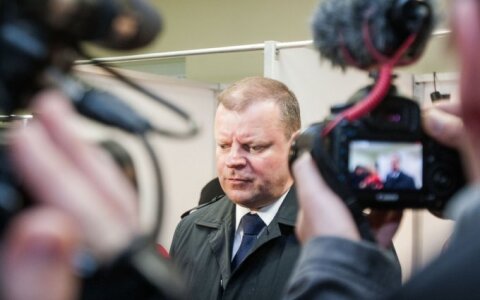 Serious talks on the ruling coalition may start after the first round of voting, says Saulius Skvernelis, the leader of the Lithuanian Peasant and Green Union's candidate list, adding that the union was talking to all potential partners.

After casting his ballot in Vilnius on Sunday afternoon, Skvernelis said he was not yet considering any potential posts, assuring he was not holding coalition negotiations with other parties until the end of the election.

"On the Seimas election day, let's talk about what is the most import

Skvernelis on poss coalitions: Peasant, Green Union will talk to all