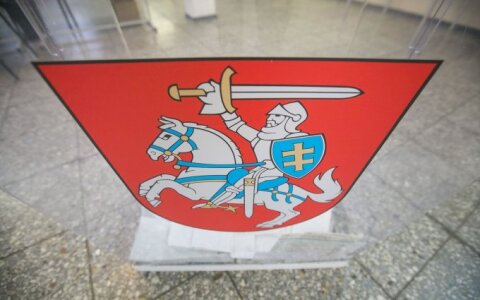 Lithuania holds parliamentary elections on Sunday, with polling stations opening at 7 a.m. and closing at 8 p.m.

Laura Matjošaitytė, deputy chairwoman of the Central Electoral Commission (CEC), says that the results of the vote may be known early on Monday or in the first half of the day, depending on the voter turnout.

"It is difficult to predict and we are not giving any exact time. We saw that 25,000 more voters showed up in the two days of early voting (compared with four years ago). If this trends continues on Sunday, then voter turnout will be definitely higher, which means more ballots, more preference votes and, hence, more counting," she told BNS.

Over 1,400 candidates are running in Sunday's elections, an average of 10 candidates per seat. There are 14 lists on the ballot for the multi-member constituency, including 12 political parties which are running on their own and two coalitions of two parties each.

The numbers of candidates and parties are lower than in the 2012 polls, when more than 1,900 candidates, 17 parties and a coalition of four parties ran for election.

A total of 2,504,267 people are eligible to vote in Sunday's elections, some 75,000 fewer than four years ago. The voter turnout in the previous parliamentary elections was 52.93 percent.

In the multi-member constituency, an election is valid if the turnout is at least 25 percent. A party must receive at least 5 percent of the national vote in order to be allocated seats in the Seimas and a coalition must pass a 7 percent threshold.

In single-member constituencies where no candidates are elected in the first round, the two candidates who received the most votes advance into a run-off round two weeks later.