ELECTIONS. Analysis. Social policy debate – another victory for the “Peasants” 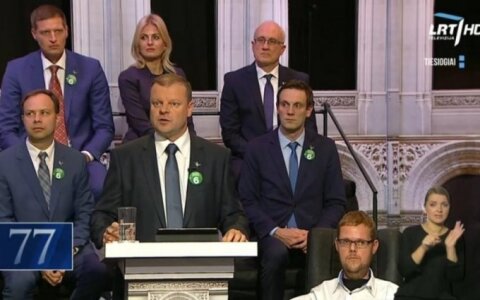 The “Peasants” (LVŽS) are celebrating their second consecutive debate victory, shows a survey of experts done by LRT.lt after the social policy debate. The “Peasant’s” performance was once again voted as the best, however the lead over the Conservatives (TS-LKD) who were left in second place is only one point. Furthermore most experts agree that G. Landsbergis’ (TS-LKD) closing statement was the strongest, while S. Skvernelis’ (LVŽS) speech was decent, but reading off a paper made for a bad image.

ELECTIONS. Analysis. Social policy debate – another victory for the “Peasants”