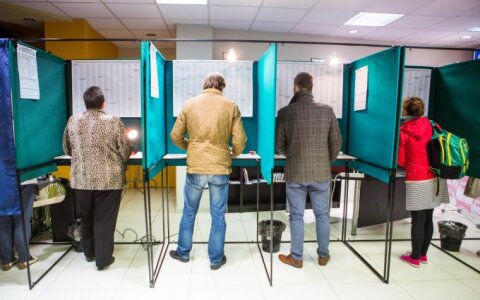 Over 36,000 voters cast ballots in the first day of early voting in Lithuania's parliamentary elections on Wednesday, which is an increase by 10,000 voters than in the same period of the last 2012 elections.

According to data provided by the Central Electoral Commission, votes were cast by 36,827 voters on Wednesday, i.e., 1.48 percent of the electorate. This includes 29,852 voters who voted in municipalities and 6,975 voters in special post offices.

Meanwhile, the voter turnout on the first da