People to decide on next ruling majority - Grybauskaitė 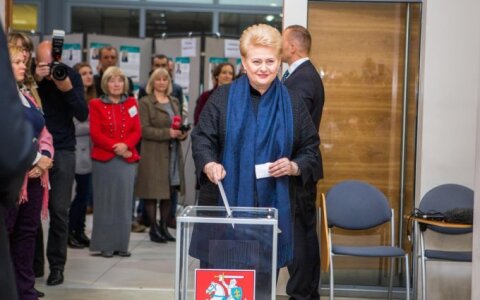 Lithuanian President Dalia Grybauskaitė has urged voters to go the polls on Sunday, saying that it will be people, not politicians or political analysts, who will decide on what political parties will form the country's next ruling coalition after this month's parliamentary elections.

First of all, I'd like to tell people that it will be they who will make decisions on what government we have," Grybauskaite said in an interview with LRT Radio broadcast on Thursday.

"In a democratic state, the government is elected by people and people must go to the polls. The next rulin

People to decide on next ruling majority - Grybauskaitė