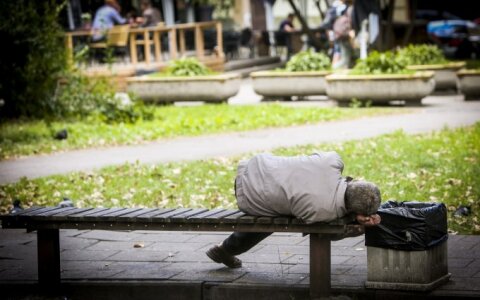 A group of eight accomplices who used to take Lithuanian citizens to the United Kingdom to later pocket their social benefits in the country have been charged with human trafficking, a Šiauliai court said on Monday.

The suspects were detained on Sept. 22 as a result of an investigation, which found that the accomplices operated in the Šiauliai and Telšiai counties to recruit socially vulnerable and impoverished with alcohol addictions and previous criminal records to take them to the United Kingdom for com