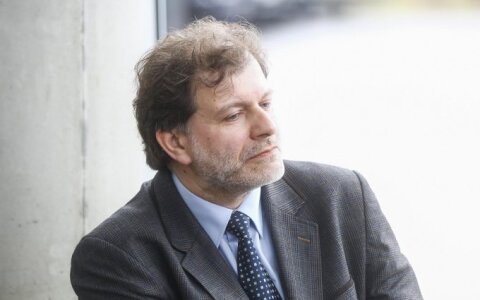 Darius Kuolys, one of the leaders of the List of Lithuania
Foto: DELFI / Tomas Vinickas
aA

With the elections right around the corner, much is spoken about major parties, leaving smaller political entities overlooked. Experts in the economic, social and political fields review various proposals made by the List of Lithuania Party.

The expert highlights the party’s stances on direct democracy and socio-economic solutions. He notes that despite a number of flaws it is a party of intellectuals who have ideas, some of them noteworthy, albeit political analyst Ramūnas Bogdanas concludes that the party is cut from the same cl