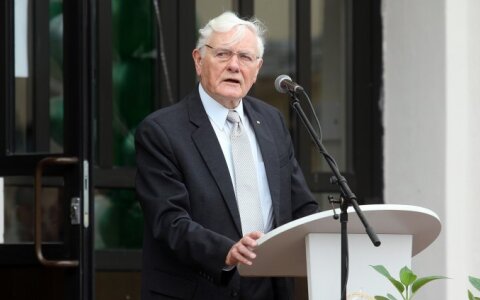 The relations between Lithuania and Poland are enduring a miserable chill, says Lithuania's former president Valdas Adamkus, expressing hope that the ties between the two neighboring states would no longer be burdened by disputes about the spelling of personal and location names.

"The relationship has been chilled due to reasons I find hard to understand, also on the state level, we no longer define each other as strategic partners we used to be," Adamkus told the Veidas weekly magazine. "There is no longer the attitude that Lithuania and Poland are equal partners in East