ELECTIONS. A problem of ideology for young voters 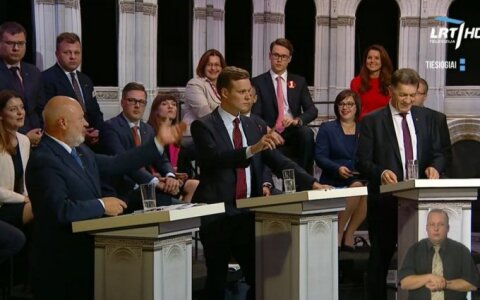 E, Gentvilas, G. Landsbergis and A. Butkevičius during the TV debate on LRT
Foto: LRT
aA

The three months leading up to a major election such as that to Seimas is filled with debate, political activism and accusations of slander and misinterpretation. No real changes occur, making it a rather dull time. It is, however, a time to consider a key problem that many young voters are faced with.

It is a simple problem. Based on ideology, voting is very difficult in Lithuania. US voters always have two parties to choose between, meanwhile Lithuania technically has many. But practically we have two. Just that there is a lack of clear distinction between them in Lithuania, with the differen

ELECTIONS. A problem of ideology for young voters