ELECTIONS. Parties are on the brink of Seimas and their chances 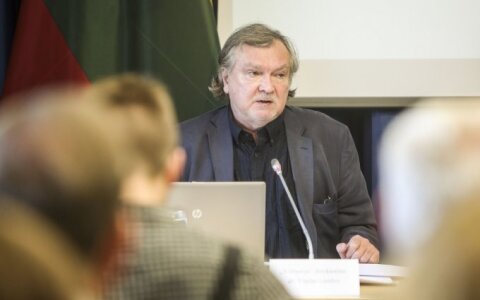 According to an opinion poll by public opinion and market research company Vilmorus, the top three most popular parties are more or less cemented in their positions by now. The situation is not quite as clear lower down in the rankings however. There are a number of parties in the upcoming election that, according to the poll data, are on the brink of being able to enter Seimas.

Among their number the closest competition exists between three parties – the Electoral Action of Poles in Lithuania-Christian Families’ Union (LLRA-KŠS), the Anti-Corruption Coalition of Kristupas Krivickas and Naglis Puteikis and the Order and Justice Party. At the same time, the Liberal p

ELECTIONS. Parties are on the brink of Seimas and their chances