ELECTIONS 2016: Key points on debate of economic from small parties 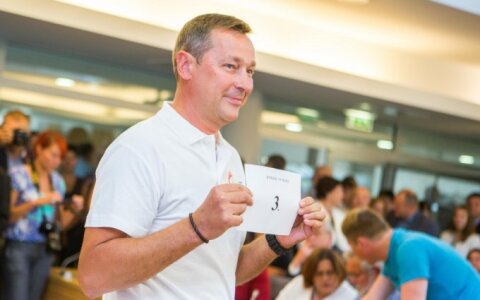 Seimas electoral debates are to go on for four weeks leading up to the October Seimas elections. Politicians are to debate on the topics of economics, demographics, justice and social politics. The debate this time included representatives from the Order and Justice Party (TT), Lithuanian Green Party, Electoral Action of Poles in Lithuania-Christian Families Union (LLRA), Lithuanian Freedom Union (LLS), S. Buškevičius and Nationalists’ Coalition “Against corruption and poverty”. The first topic for debate was economics.

The LLRA representative Z. Jedinskis stressed that there is no need to try and invent the wheel again, that there is a need to focus on improving people’s livelihoods and strengthen the fight against corruption. “Our party is going its own way, we are accepting no financing out of principle.

ELECTIONS 2016: Key points on debate of economic from small parties