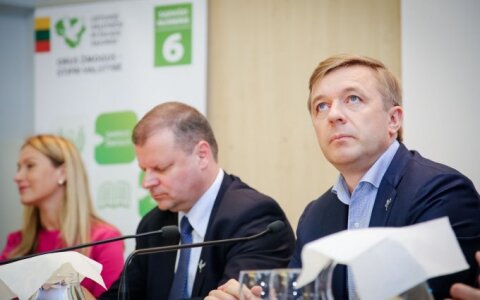 The Lithuanian Peasant and Green Union, or LŽVS, said on Wednesday that Saulius Skvernelis, a former interior minister, will be the prime minister if the party wins the upcoming general elections.

LŽVS, which currently ranks second in opinion polls, named most of its shadow ministers. It said that the names of some of its candidates to ministerial posts are not being disclosed due to privacy reasons and that a candidate to take up the post of social security and labor minister is yet to b