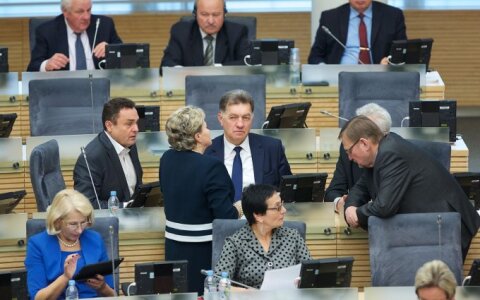 The main focus of the Polish electoral action’s statement was its opposition to the new Labour Code and its liberalisation of labour relations, accusing other parties who are in favour of the project as pandering to large businesses. The representative for the LLRA-KŠP Zbignev Jedinskij outlin