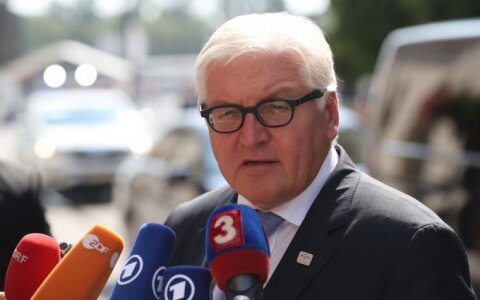 Lithuania's Foreign Minister Linas Linkevičius has given a cautious opinion about the idea proposed by his German counterpart, Frank Walter Steinmeier, to develop new international pacts on arms control in the wake of heightened tensions between NATO and Russia.

The Lithuanian minister on Tuesday questioned the need for new agreements, stressing that Russia was already violating existing pacts.

"Russia has very poor records so far in complying to international norms, principles," Linkevičius told journalists in Latvia after the meeting between the