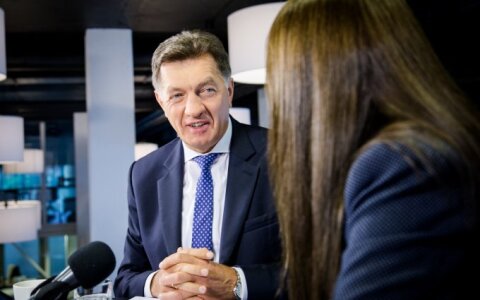 With the Central Electoral Commission (VRK) requesting to cancel an interview with PM Algirdas Butkevičius in the LRT news show Laba Diena, Lietuva (Good day, Lithuania), citing a ban on politicians participating in Seimas elections from appearing on live television shows, there has been a backlash from a number of prominent media figures such as Edmundas Jakilaitis, Rimvydas Valatka and Aistė Žilinskienė.

“I have no plans of doing so. Or else I would need to cancel the show. No other options exist, either closing down the show or ignore this nonsense because it goes against everything. Will the government now have time off when it cannot be criticised, invited to talk and information shows, wher