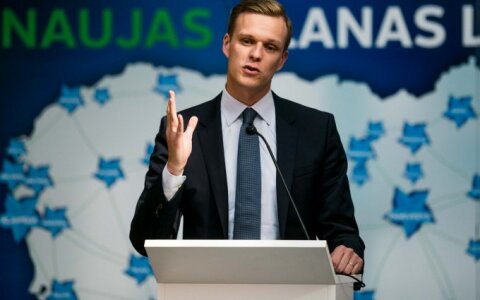 The opposition Homeland Union â€“ Lithuanian Christian Democratic announced that the party's leader Gabrielius Landsbergis would be the prime minister, if the party is involved in formation of the government after the upcoming elections.

According to the list published by the conservative party after its council meeting on 10 September, Andrius Kubilius, ex-PM and the party's former party, former finance minister Ingrida Ĺ imonytÄ— and Vilnius City Council member Mykolas Majauskas, who heads the conservative group in the council,