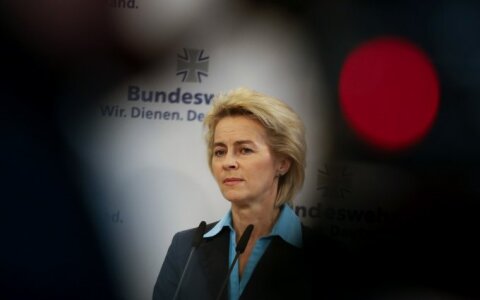 German Defence Minister Ursula von der Leyen, who is on a visit in Vilnius, has thanked Lithuania for its preparations to host German troops who are to be deployed to the country next year as part of NATO's multinational battalion.

"I want to thank you and your country for being a brilliant host nation. We found everything prepared for the German troops," she told reporters in Vilnius.