The day Lithuania became a culture of we 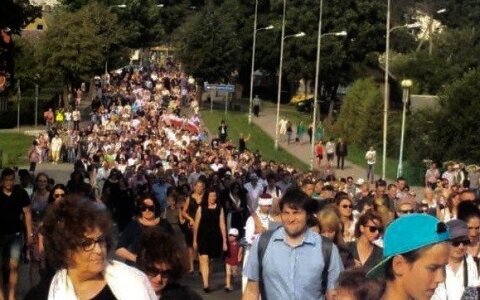 Nearly three thousand participants walked this day to pay tribute to the over 2,000 Jewish Lithuanians - 700 adults and 1463 children - who were murdered here on August 29, 1941.

This historic day, 75 years after the tragic event, heralds an era of renewed respect and unity for the Lithuanian people and the country at large. For many years, Lithuanian historians have urged Lithuanians to come to terms with the events of 1941 that suddenly ended Jewish civilization in thei

The day Lithuania became a culture of we