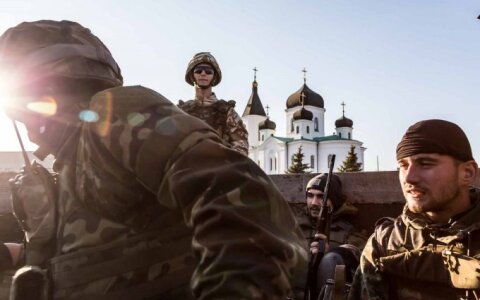 Lithuania said on Saturday it supplied military aid to Ukraine's troops who battle pro-Russian separatists in the east of the country.

The Lithuanian army no longer uses them because they do not meet NATO standards, he added.

The ammunition was handed over on