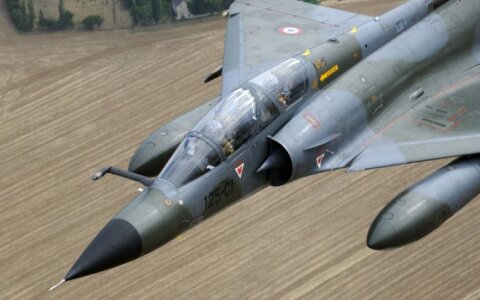 The Lithuanian Air Base in Šiauliai, northern Lithuania, is hosting an official NATO air police mission handover ceremony on Wednesday.

A French contingent is replacing Portuguese aviators who have been guarding the Baltic skies with four F-16 Fighting Falcon fighters for the past four months.

The French airmen will patrol the Baltic airspace with four Mirage 2000 fighter jets. The mission will be supported by Germany with