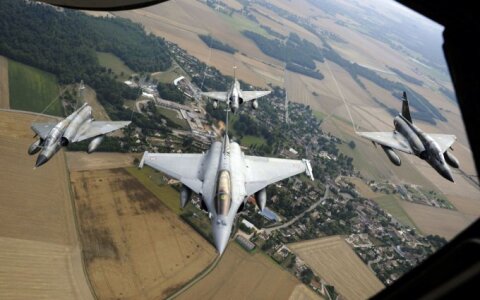 The four jets made a successful landing before 6PM (local time) on Sunday, Ieva Gulbinienė, public relations officer at the Air Base, confirmed to BNS.