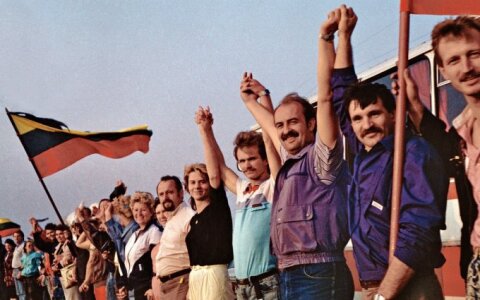 On August 23, Lithuania is celebrating the 27th anniversary of the Baltic Way, a defining moment in the Baltic countries' movement for independence from the Soviet Union.

In August 1989, about two million people in Lithuania, Latvia and Estonia joined hands to form a human chain spanning over 650 kilometres across the three countries from Tallinn to Vilnius.

The rally was held on the day when, in 1939, the Soviet Union and Nazi Germany signed the so-called R