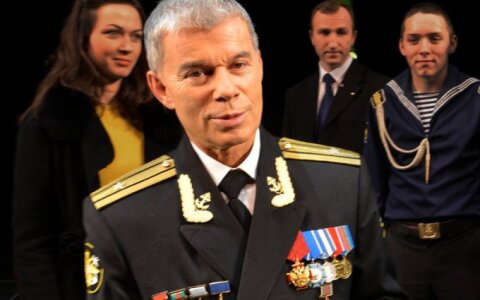 Oleg Gazmanov, a Russian pop singer known for his glorification of the Kremlin and the Soviet Union in his songs, was not allowed to enter Lithuania on Wednesday.

Gazmanov is on the blacklist of people barred from entering the country.

The State Border Guard Service (VSAT) said on Thursday that Gazmanov, who came from Moscow to Vilnius late on Wednesday, had a Schengen visa issued by Italy.

"It turned out that the man, who arrived on a flight f