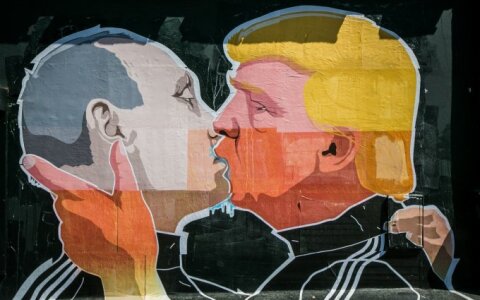 A mural in Vilnius showing US presidential candidate Donald Trump and Russian President Vladimir Putin in an embrace has been vandalized. Owners of the grill bar that sported the mural say it could have been a political attack rather than simple vandalism.

The image depicting Trump and Putin, who have both expressed their respects to one another on several occasions, kissing one another was painted on an outside wall of the grill bar Keulė Rūke in central Vilnius last May. The mural has become a hit on social media and has made rounds across worl