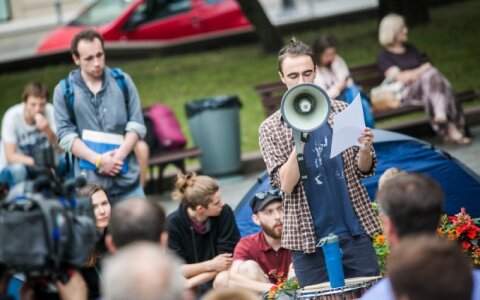 Discussions over the new Labour Code, passed by the parliament in June and vetoed by the president, continued on Thursday when Prime Minister Algirdas Butkevičius met with labour union leaders.

The extensive changes to the Labour Code are aimed at liberalizing the labour market and attracting investment, the government says, while unions accuse its authors of reducing employment security and disproportionally privileging employers.