US Congress 'should approve missile export to Lithuania' 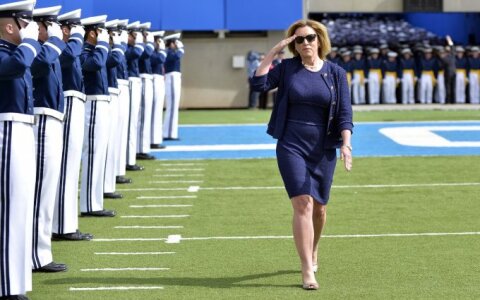 US Secretary of the Air Force Deborah Lee James
aA

A recent visit to Lithuania by US Secretary of the Air Force Deborah Lee James, during which the Americans pledged to support the formation of a regional air defence architecture by deploying air defence elements in the region for training, underscores Washington‘s commitments to Baltic defence, DELFI reports.

Lithuania has decided to start negotiations with the government of Norway on the possible acquisition of the medium-range air defence systems NASAMS. The Norwegian air defence system uses American missiles AIM-120 AMRAAM, but the US Congress has to authorize their export.

The Congress is ex

US Congress 'should approve missile export to Lithuania'