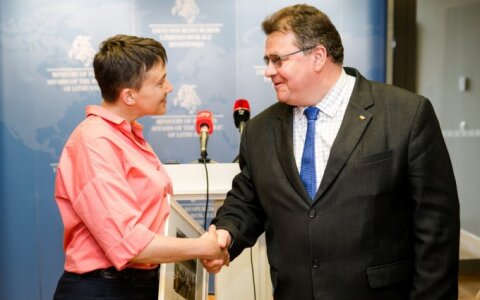 Lithuania's Foreign Minister Linas Linkevicius has said he sees no grounds for scrapping the country’s list of unwanted persons that includes individuals behind the conviction of Ukrainian war pilot MP Nadiya Savchenko who was held in custody in Russia.

Following the death of Russi