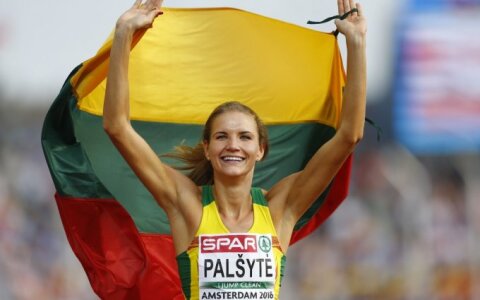 This was the first European adult medal for Palšytė, who is 23 years old. She cleared the 1.96m mark on her first try, but three subsequent attempts to clear 1.98m were unsuccessful.

For the third year in a row, the gold medal went to 37-year-old Spanish high-jumper Rut Beitia, who was th