A second Brexit: Iceland knock England out of Euros 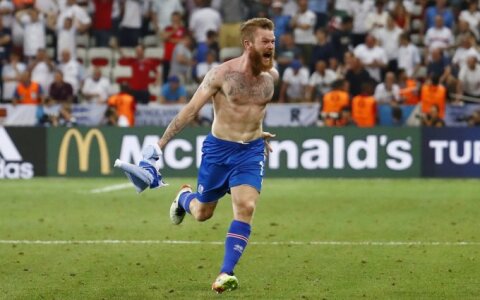 Iceland pulled off one of the biggest upsets in the history of the European Championships last night by deservedly beating England 2-1 in Nice.

England took an early lead with a penalty from Wayne Rooney but Iceland hit back within two minutes with a goal from Ragnar Sigurdsson, and Iceland took the lead after 20 minutes with a well-worked goal from Kolbeinn Sigthorsson.

The result provoked huge reaction around the world and on Twi

A second Brexit: Iceland knock England out of Euros