Revisiting the old gods: The Top 10 pagan sites in Lithuania 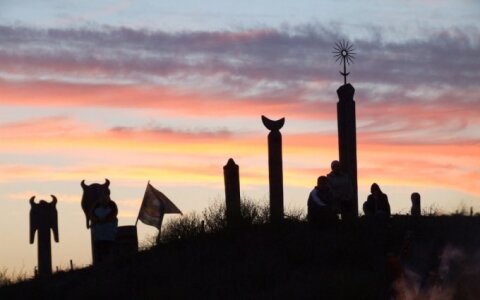 The Pagan holiday of Joninės is coming up this weekend in Lithuania. Though Lithuania is a predominantly Catholic nation, it was the last country in Europe to convert to Christianity, and many of its Pagan traditions and customs have survived. Here are 10 great locations in Lithuania to visit that will bring you closer to the old gods!

The Žemaičių Alka, or Samogitian holy place, is a site of pagan worship constructed according to the remains found on Birutės hill in Palanga by historians. The Alka is an important place of worship for the Lithuanian Romuva neo-Pagan church, which holds celebrations an

Revisiting the old gods: The Top 10 pagan sites in Lithuania