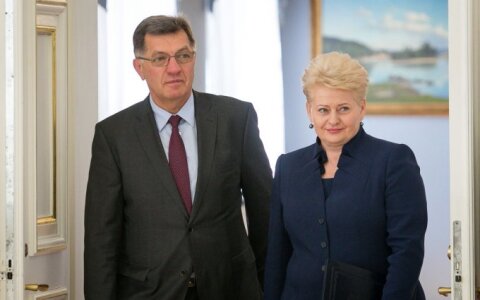 Prime Minister Algirdas Butkevičius has reacted to the president's state of the nation address, saying it was a thinly-veiled attack on the governing parties ahead of the elections.

"I did not hear a report [on the situation of the country] from the president this time. What I heard was criticism of the government and I regard this as [...] a bid to make the public believe something that is untrue and cause voters to have a negative opinion about the ruling majority," Butkev