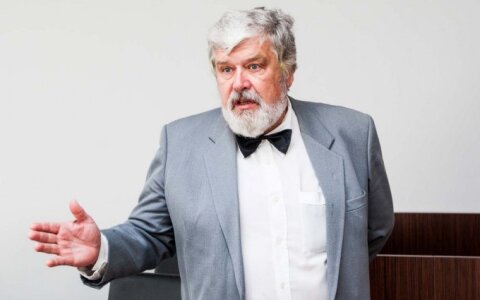 A Vilnius court on Wednesday heard testimony of witness Valeriy Ivanov, the leader of the pro-Soviet Yedinstvo organization, in the trial over the 13 January 1991 attempted coup.

Ivanov, 69, told the court he was a graduate of Warsaw University who headed the Yedinstvo organization in Lithuania. The organization included persons of various nationalities and worked in Klaipėda, Šiauliai and Kaunas. In his words, the first meeting of the group was held on Nov. 3 of 1988,