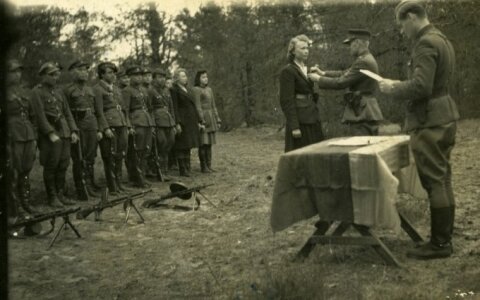 The documents were stored in a firearm magazine and buried.

Adomas Gedvilas, a former partisan messenger, thinks that the unit's partisans' passports and other important documents were hidden in the magazine.

The documents will be handed over to archivists.