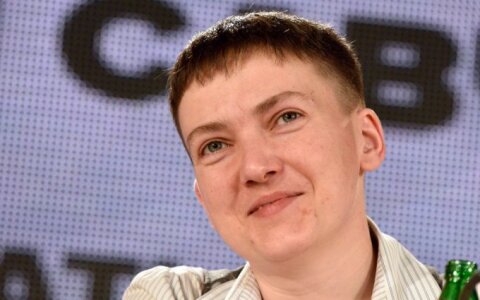 Ukrainian war pilot Nadiya Savchenko, who was recently released from prison in Russia, says she will visit Lithuania at the earliest opportunity to thank the country for its vocal protest against her detention by Moscow.

"I would very much want to come to every neighbouring country. I hope to come see you too, but I will not have time for everything during my first month or day of freedom. But I will come," Savchenko told BNS in a telephone interview from Kiev.