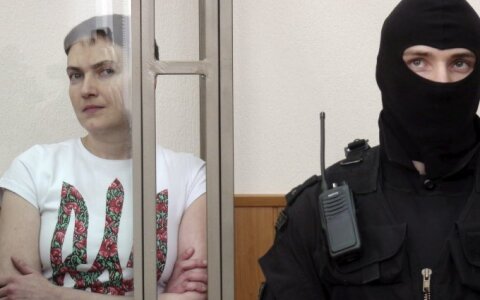 Nadiya Savchenko, the Ukrainian fighter pilot captured by Russia and accused of killing two journalists in Eastern Ukraine, was freed in a prisoner swap between Russia and Ukraine.

In a trial that Savchenko called a farce, she was sentenced to 22 years in prison for killing the two journalists, who she says were uncredentialed and in a combat zone.

Many, especially in Ukraine, see her release as a victory, since she has become a sort of national hero in Ukraine. However, the decision also comes just a few weeks before the European Union decides on whether or not it should extend its sanctions against Russia, which were enacted in response to Russia's invasion of Eastern Ukraine and annexation of Crimea in 2014.

Ukrainian MP Alyona Shkrum reported that Savchenko's mother in Ukraine had complained that she hadn't been given time to boil a pot of Borscht for her daughter's return home.