Pope vs. Hitler director Chris Cassel: ‘This is where real history happened’ 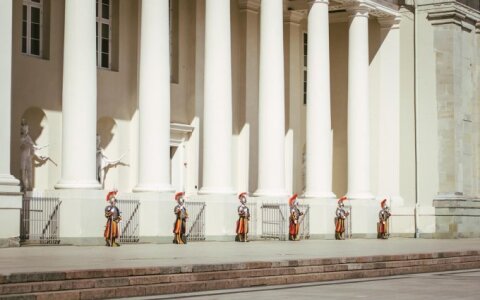 Emmy-nominated director Chris Cassel first shot in Lithuania nine years ago. Now the director is back to film a docudrama about Pope Pius XII’s role in World War Two.

David van Roon of the Lithuania Tribune spoke with Cassel about the perks of filming in Lithuania, transforming its capital into a war zone, and always staying objective.

I meet the director at the Radisson Blu Astorija, in the heart of Vilnius Old Town. Summer has arrived to Vilnius. It is

Pope vs. Hitler director Chris Cassel: ‘This is where real history happened’