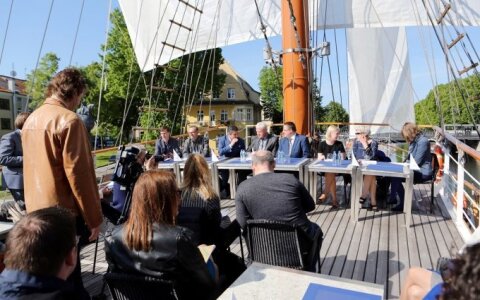 Klaipėda, Neringa and Palanga, three municipalities on the Lithuanian coast of the Baltic Sea, seek to become the European Capital of Culture in 2022 and have proposed a joint program called Rising to Wind that will emphasize the region's multicultural features, the Klaipėda City Municipality said on Thursday.

"It was not only Klaipeda, Neringa and Palanga that united for the common uniting aspiration of becoming the European Capital of Culture, but the entire Klaipeda region, which is undoubtedly one of the most ambitious and promising in Lithuania. Members of its community chose a new course of devel