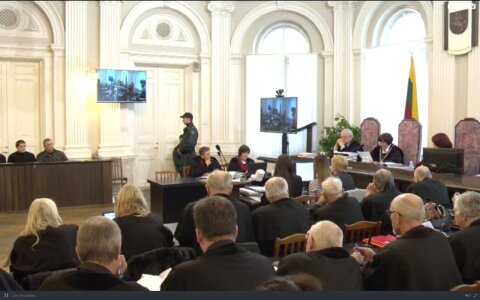 Concerns about the Soviet plot to overturn Lithuania's legitimate administration could always be felt in the years following the restoration of Lithuanian independence, said Lithuania's then-MP Vincas Ramutis Gudaitis.

"I saw that while working in Moscow. I saw the efforts to preserve the imperial union," Gudaitis said at a Vilnius court hearing on the 13 January 1991 attempted coup on Monday.