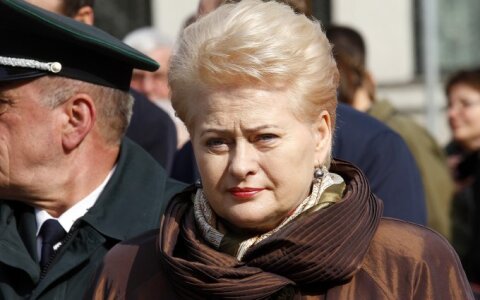 Lithuania's President Dalia Grybauskaitė has refused to comment on reports that Russians could have landed on Lithuanian territory on the Curonian Spit, saying that no comments should be expected from officers either.

"Any intelligence information, whatever it is, should not be commented on, and no officers should do this," Grybauskaitė told journalists on Friday when asked about the information she had about the possible landing.

In an interview to LRT, earlier this week, Artūras Paulauskas, chairman