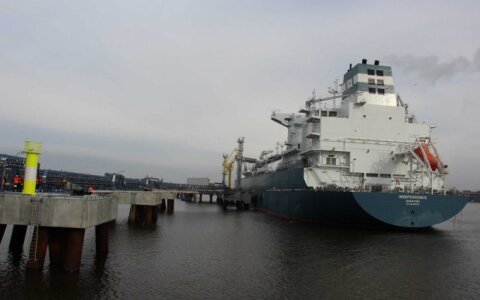 The LNG terminal in Klaipėda has started sinking due to an unusual accumulation of rust and deterioration in the metal plates that form the hull of the ship, the Klaipėda State Seaport authority has warned.

“We have already informed the Norwegians at Hoegh LNG, but they said that their team of engineers is currently working in the Republic of Congo,” said Arvydas Vaitkus, the General Director of the Klaipėda Seaport Authority.

Some Lithuanian parliamentarians were quick to react.

“Our independence is sinking,” jokingly said one of them.