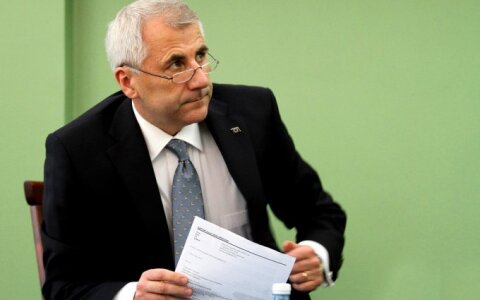 The European Union's (EU) ambassador to Moscow, Lithuanian diplomat Vygaudas Ušackas, has said he expects the Ukrainian pilot Nadiya Savchenko, who has been sentenced to 22 years in prison by a Russian court, to be soon released to Ukraine.

In Ušackas' words, the Ukrainian pilot's release would be crucial in the light of her health condition and the Minsk agreements on ceasefire in Eastern Ukraine.