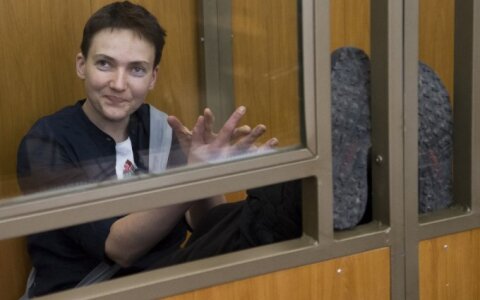 Ukrainian pilot Nadiya Savchenko has been sentenced to 22 years in jail by a Russian court which found her guilty of of charges relating to the deaths of two Russian journalists.

Russian prosecutors accused Savchenko of directing the artillery fire in eastern Ukraine in which the two journalists died in June 2014. They said she was driven by "political hatred".

Savchenko, 34, denied all the charges and her case has become internationally notorious.