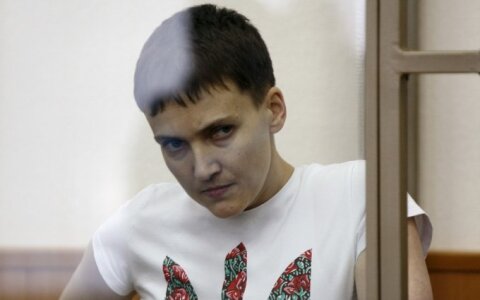 Savchenko, 34, was captured by pro-Moscow rebels in eastern Ukraine in June 2014 during the separatist conflict there and handed over to Russia where she was charged with directing mortar fire which killed two Russian journalists.

A diplomat from the Lithuanian embassy in Moscow had planned