Despite successes wind farms continue to look for government support 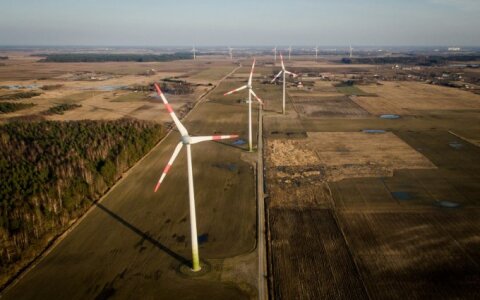 The amount of electricity being generated by renewable resources in Lithuania is increasing – in Pagėgiai municipality in Western Lithuania alone, the wind farm that began operating there this year – the largest of its kind in the Baltics – generates about 2% of the country's energy needs. However, according to the farm's owners, their work would still be impossible without support from the government.

Egidijus Simutis, the owner of the wind farm, said renewable energy is a political decision rather than an economic one. Currently, he says that government support is still needed because the price of the electricity produced (€.071 ct) is still higher than the market price (€.04 ct).

Despite successes wind farms continue to look for government support