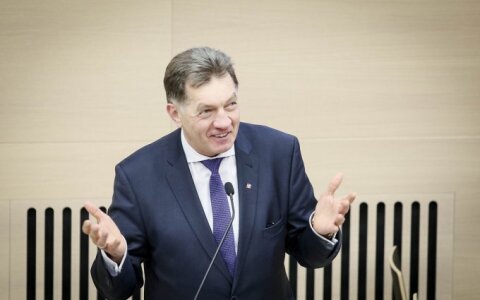 “This is my position – to reduce the general VAT tax. For now, that's my opinion,” the prime minister said in the Seimas on Thursday.

Seimas members Valerijus Simulikas and Eduardas Šablinskas suggested reducing the VAT tax from 21 to 19 percent in February. According to them, this w