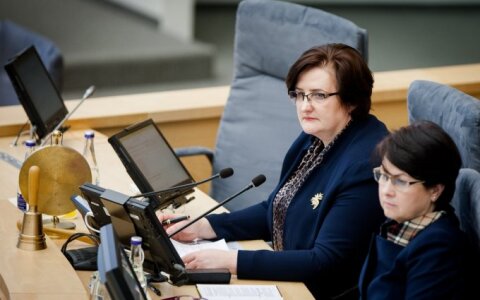 The reintroduction of military conscription for good in Lithuania is likely be approved by the Lithuanian parliament unanimously, said Parliamentary Speaker Loreta Graužinienė of the Labour Party.

"I expect that (the parliament) will give its backing, there may have been more conflicting opinions from the Social Democratic group but now the decision has been signed by the Prime Minister and the Defence minister, therefore, I think the step will be taken quite unanimously at the parliament,