Volunteers fill up half of 2016 military draft 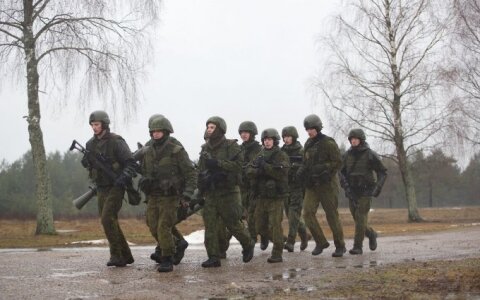 Almost half the positions of this year's military draft have already been filled by volunteers, according to Lithuania's Ministry of National Defence. If volunteers continue signing up at the present rate, there might not be any need to draft young men who have not come forward for the military service themselves, the ministry says.

The Lithuanian army is planning to call 3,000 young men between 18 and 26 for a nine-month compulsory military service. As of mid-March, 1,406 people have signed up for the service voluntarily.

Lithuania reintroduced military draft in 2015, arguing that the army could not man its units with

Volunteers fill up half of 2016 military draft