Opinion: Marathon is over, let's get to work 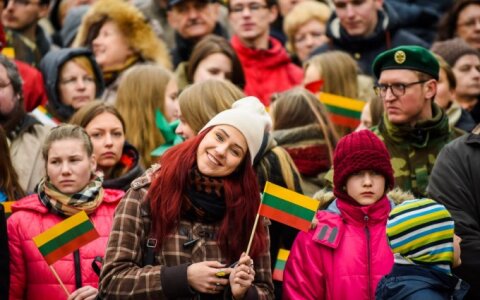 Lithuania has finished its annual marathon of celebrating its statehood.

It began on January 13, which marks the unfinished business of the Lithuanian Winter war: days of direct aggression, courage and 14 killed freedom defenders. Yes, Lithuania paid the price, losing thousands during the partisan war, the Holocaust and deportations. But January 13 was a battle that Lithuanians fought at the right time, just like the Finns' fought their Winter War.

February 16 is our connection to the past. It is an accepted narrative that if it was not for this date, which led to more than two decades of independent Lithuania, we would not have had enough energy to restore our independence in 1990.

And March 11 is our celebration of the present. We did it! We are among the shining stars of the free market and liberal democracy builders in the world. We still have many problems to overcome, but those problems will be solved, sooner or later, since Lithuania is on the right path.

Winter is over, the marathon of celebrations has ended, the spring is here, let’s roll up our sleeves and let’s carry on!

The Lithuania Tribune is introducing an Editorial Opinion section in response to some strong reader feedback. We will be publishing a variety of Op-Eds every week reflecting a range of original opinion on the hottest issues in Lithuania.

Do you have something to contribute to a debate on issues affecting Lithuania? You can send your proposals for opinion pieces to editor@lithuaniatribune.com.

Opinion: Marathon is over, let's get to work