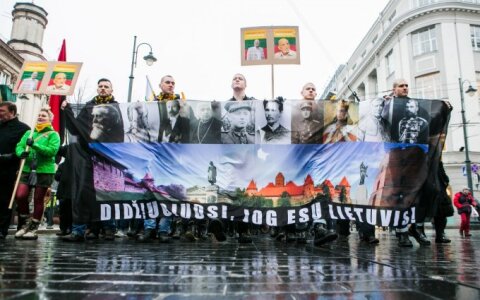 About 1,000 people took part in a controversial rally organized by the Union of National Youth in central Vilnius, chanting slogans "Lithuania for Lithuanians". The event was held on March 11, when Lithuania celebrated the 26th anniversary of independence from the Soviet Union.

Holding posters "Proud to Be Lithuanian", the participants carried Lithuania's national and historic flags when they marched on Gedimino Avenue from the Cathedral Square to the Independence Square.